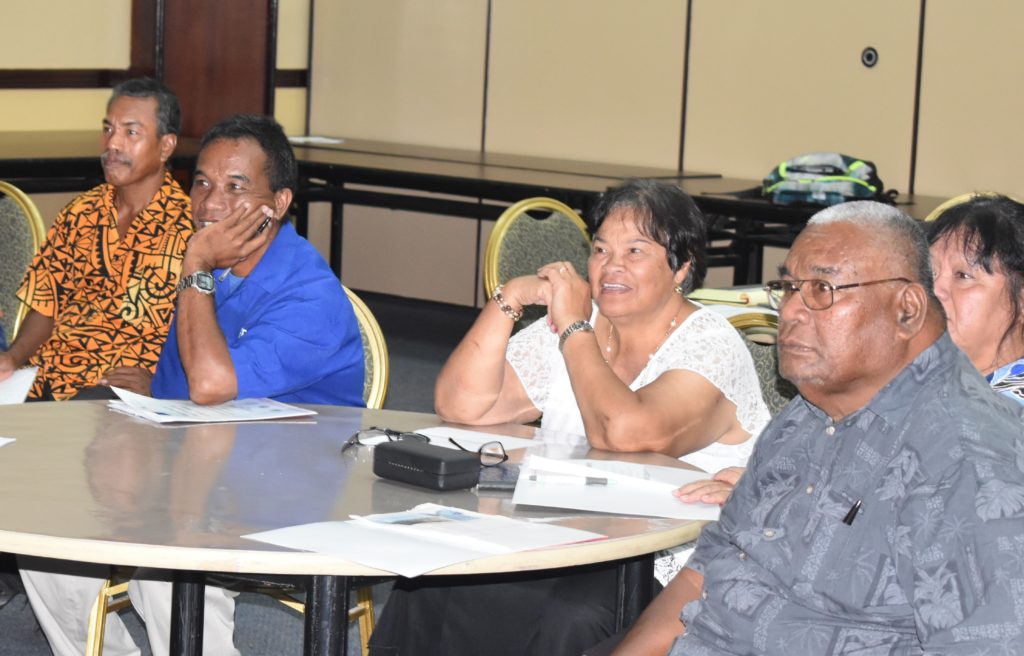 These efforts are part of the European Union – North Pacific – Readiness for El Niño (RENI) project, implemented by the Pacific Community (SPC). The project is a response to the severe 2015-2016 El Niño drought, and will enhance the resilience of communities to potential shocks and insecurities resulting from future droughts.

RENI has adopted a participatory approach to this project, which incorporates the rights and vulnerabilities of women and marginalised groups.  National and local area consultations were held early in 2018 to ensure that the voices of local communities in RMI were heard and that the project activities address their practical needs.  Following this planning process, a detailed project design document was finalised by the Government of RMI and SPC in July 2018.

Team Leader, Climate Change, Energy, and Circular Economy, Delegation of the European Union for the Pacific, Mr Adrian Nicolae emphasized the wide-ranging benefits of the RENI project saying,  “This project will not only help vulnerable communities prepare for the next drought, it will also build on existing efforts by the government of RMI, to build awareness and influence behaviours around the linkage between healthy lifestyles and the reduction of non-communicable diseases such as diabetes and high blood pressure”.

The initial food security activities of RENI will be trialled in Ailuk, a rural environment, and Santo-Kwajalein, a semi-urban environment. The experiences from these trials will then be shared with residents and farmers in Enewetek, Mejit, Utrik and Wotho. Throughout the entire process SPC staff will be working closely with the RMI agencies responsible for natural resources, internal affairs and disaster management.

The SPC Director-General, Colin Tukuitonga, highlighted the importance of the RENI project both for RMI and the wider Pacific, “Achieving our common vision of a resilient Pacific in the face of climate change and variability requires proactive measures, close partnerships and community engagement. The RENI project will enhance the resilience of the Marshallese communities in preparation for future droughts, and serve as a model for mitigation efforts across the region”.

“The government of RMI views the RENI project as a testing ground for re-establishing food security in the northern atolls. In the past, subsistence agriculture was an important activity in the outer atolls, but has declined in recent years as a result of a general trend towards other forms of employment, combined with the availability of convenient processed food,” said RMI Secretary for Ministry of Natural Resources and Commerce, Ms Iva Reimers-Roberto.

El Niño will continue to bring drought conditions to RMI in the future, but with support from RENI, people living in the northern atolls will now be better prepared.

The European Union (EU) – North Pacific – Readiness for El Niño (RENI) project is about communities working to secure food and water resources ahead of drought. The three-year (2017 – 2020) project is funded with € 4.5 million from the EU and implemented by the Pacific Community (SPC) in collaboration with the governments and peoples of the Federated States of Micronesia, Marshall Islands and Palau.

More information about the project is available online here.