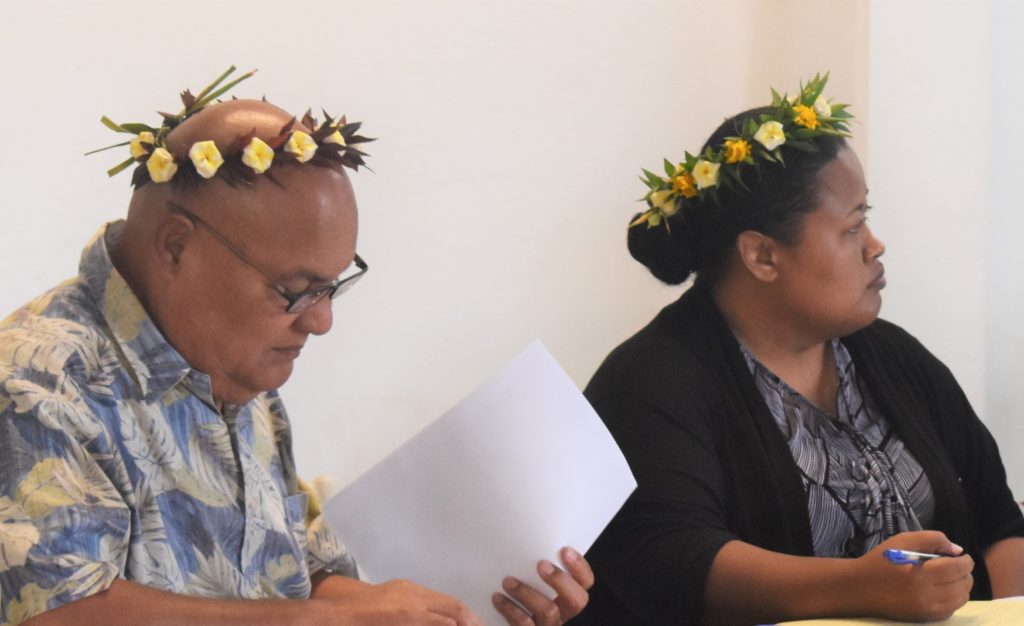 Participants from three small North Pacific island countries: Federated States of Micronesia, Marshall Islands and Palau, joined development partners last week (23-27 April 2018) to share experiences from the 2015-2016 severe El Niño drought and explore ways to work with communities to secure food and water resources ahead of the next drought.

Climate change and climate variability is a serious threat to the livelihoods and sustainable development of Pacific people. In the 2015-2016 El Niño drought, disruptions to agriculture, tourism and industrial production caused severe economic losses, many households faced food and water shortages, and the provision of health and education services was severely impacted.

In his opening remarks, the Team Leader, Climate Change, Energy, and Circular Economy, Delegation of the European Union for the Pacific, Mr Adrian Nicolae, emphasized the EU’s support for the Framework for Resilient Development in the Pacific.

“The EU encourages the North Pacific countries to invest in long term solutions that promote climate and disaster resilient development through the opportunities presented by the RENI project and other interventions” he said.

Officer-in-charge of the SPC Micronesia Office, Ms Maire Dwyer, noted that communities are at the heart of the RENI project as evidenced by its people-centred approach.

“This is one of the first times that SPC’s Regional Rights Resources Team and Social Development Programme have combined their skills and expertise to mainstream a rights-based approach into a climate and disaster resilience project,” she said.

Participants learnt ways in ways in which they could be inclusive when consulting with communities, e.g. to liaise directly with vulnerable individuals who were unable to attend community consultations such as persons with disabilities, the elderly and persons with impaired mobility.

Countries shared their experiences and responses during the 2015/2016 drought and advanced their planning on how the RENI project can assist communities secure food and water resources ahead of the next drought.

The RENI project also addresses the needs of outer island communities and a panel session on “Outer island migration – a socio-economic or climate change issue – or both?” was one of the highlights of the meeting.

“Outer island people are very resilient and they have been practising a traditional and sustainable lifestyle for thousands of years,” the Secretary of the Department of Environment, Climate Change and Emergency Management, FSM, Mr Andrew Yatilman said.

“People in the outer islands have a strong connection to their land, it is like an umbilical cord, for example, Yapese will move away for education and job opportunities but will nearly always come back to their island,” the Secretary added.

It was observed that outward migration, especially to the United States mainland, increased during times of economic hardships in 1992 and 1997.

Discussion during the session concluded that outer island migration in the North Pacific countries was largely driven by socio-economic factors and that climate change has, up to the present, only been a contributory factor.

Background:
The European Union (EU) – North Pacific – Readiness for El Niño (RENI) project is about communities working to secure food and water resources ahead of drought. The three-year (2017 – 2020) project is funded with € 4.5 million from the EU and implemented by the Pacific Community (SPC) in collaboration with the governments and peoples of the Federated States of Micronesia, Marshall Islands and Palau.

More information about the project is available online.